The Kazarian Foundation seeks to educate both citizens and key stakeholders on the importance of public financial management and financial literacy through conferences, presentations, communications, articles, master classes, and white papers.

At the core of public financial management and financial literacy is an entity’s or individual’s balance sheet supplemented with other financial statements prepared in accordance with international accounting and auditing standards.

The Kazarian Foundation has created a measurement metric to compare government performance over time and among governments, which is Citizens’ Wealth. Citizens’ Wealth is defined as total economy GDP less a government Total Government Net Debts (when Total Debts exceed Total Assets) or plus Net Worth (when Total Assets exceeds Total Debts). To provide the most meaning the Total Government Balance Sheet should include both financial assets and debt and non-financial assets and debts. It is essential that financial information is prepared in accordance with international accounting standards seeking to report a true and fair reflection of economic reality.

The Kazarian Foundation has three guiding principles:
1. empower great aspirations in the whole human family;
2. a society is best judged by how it empowers the most disadvantaged;
3. the wisdoms contained in the book New Philanthropy Benchmarking: Wisdom for the Passionate.

The Kazarian Foundation also engages in a wide range of mission-related activities including founding J-InterSect, co-founding the Kazarian SyCip Fund Zero Dropout Program, and establishing a geographically diverse range of economic development loan programs. The Foundation has a special focus on projects that support Armenian culture, in both the Diaspora and Armenia.

The Charles & Agnes Kazarian Foundation has benefited from the timeless wisdoms of its advisors on a wide range of topics, including philanthropy, commerce, and governance.  Our legacy advisors and their former positions have included:  John C. Whitehead, Goldman, Sachs & Co. Co-Chairman/Co-Senior Partner and United States Deputy Secretary of State; Victor Menezes, Senior Vice-Chairman of Citigroup; Roderick M. Hills, Chairman of the United States Securities and Exchange Commission; and Washington SyCip, founder of The Asian Institute of Management and EY SGV & Company.

The Kazarian Foundation is named in recognition of two outstanding Armenian immigrants to the United States of America who both survived but lost members of their families during the first genocide of the 20th century, the Armenian Genocide. Charles Kazarian served with distinction in the French Foreign Legion during World War I as an Armenian Gamavor to show his gratitude to the people of France who welcomed survivors of the Armenian Genocide. Agnes Kazarian inspired her family and all those blessed to know her with the most valuable Armenian Christian wisdoms.

The Kazarian Foundation is a philanthropic affiliate of Japonica Partners. 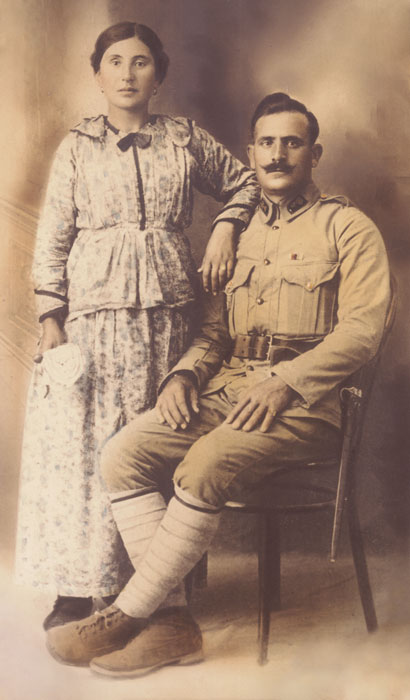